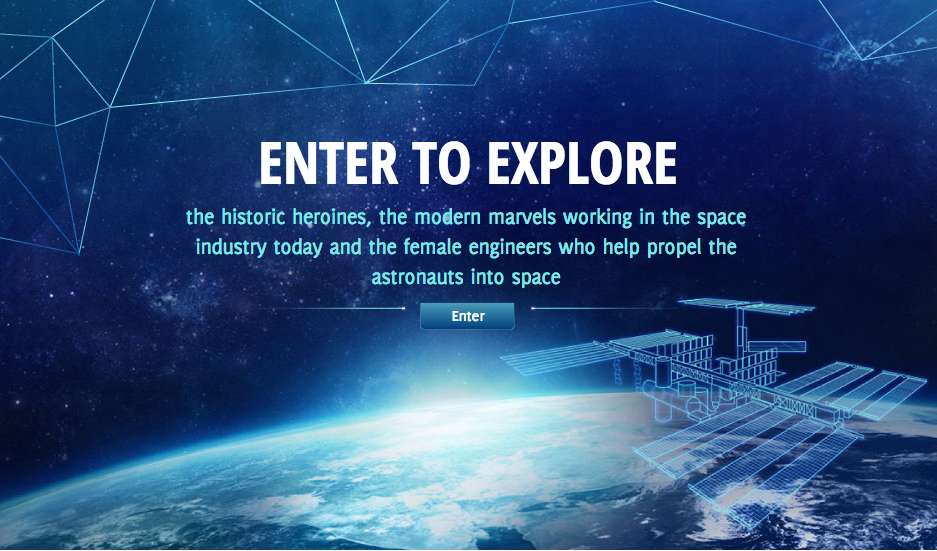 This is a guest post written by Jeanna Heeraman who worked in collaboration with the Telegraph Jobs team to launch a new STEM and aerospace resource called “Women in Space”.

Demand for engineers in the UK has never been stronger with Engineering UK predicting a requirement of 87,000 new engineers per annum for the next decade. In this context, it is difficult to understand why the UK’s engineering workforce still only contains 7% female staff. The number of female engineers in the UK represents the lowest percentage in Europe and is quite disheartening. There is however a positive light ahead as more awareness is being made on this topic and resources are being created with a focus on increasing the number of females in different types of jobs in engineering.

One big problem is the challenges that face many females. Choosing a career path should very much be encouraged from an early age and students should be encouraged more to study and develop in STEM (science, technology, engineering, and maths) fields. However, some female students do not often have this opportunity to study or they shy away from male dominated subjects or are not encouraged enough to pursue a pathway due to the lack of knowledge in these subjects and jobs. Looking at UK figures, of the total number of entrants for BTEC level 2 in IT only a third are girls, with the number taking BTEC Level 2 Engineering at just 5%. Statistics for higher education are not much stronger with females representing just 18% of technology students and only 13% in engineering. (Source: http://www.engineeringuk.com/flippingbook/EngUK_Report_2014_Synopsis/files/assets/common/downloads/EngUK_Report_2014_Synopsis.pdf ). To compare these statistics to the United States’, according to the NSF WMPD, women comprised 12.7% of employed engineers in 2010 and 18.6% of undergraduate engineering students in 2011 in the United States.

Hopefully soon the tide will turn for females who would like a career in STEM related fields. What is promising to see in meantime is what the Telegraph Jobs engineering team is doing to spread awareness. Recently they launched a new platform designed to encourage more females to pursue careers in STEM and aerospace roles. The Women in Space Telegraph Jobs resource provides an insight into the careers of over 150 inspiring women involved in careers relating to space travel. Each profile contains a description of the individual, a picture and some video footage. We hope that the new database will provide females with inspiration by providing access to role models who have had success and increasing their knowledge of what is happening right now in the world and evolving.

The database groups all women in space activity together, and it is split into two simple sections which makes it easy to look up the historic women and the modern women in space.
The Historic Heroines section details those women who have undertaken space missions during their career. Many of these women have been involved in a variety of STEM focused backgrounds, aviation and medicine, for example. This section includes a profile of one British Astronaut Helen Sharman, a chemist who worked for Mars International before entering and winning a competition to go into space. The majority of the Historic Heroines are from American and Russian backgrounds; however, more recently there have been female astronauts from many more countries across the globe.

The Modern Marvels section provides accounts of women who are involved in many of the support areas of space travel including IT, engineering, aeronautical design and business functions, such as HR and legal. Once again, the profiles give an inspirational overview of the types of education and career trajectories successful women in organisations such as NASA have enjoyed. In the future it is hoped that the database will grow as more female in the space industry are added to provide further encouragement for women seeking STEM careers.

The amount of support for women either in, or considering a career in STEM, is growing significantly. Issues are not restricted to entry points but the industry also suffers from what the government describes as a ‘leaky pipeline’ highlighting the amount of women who leave STEM careers at various stages. WISE is a prominent UK support group who have been created to try and plug the gap of females in STEM careers across the UK. Other groups include the Women’s Engineering Society (WES), Stemettes and the Women in Aerospace and Aviation Committee (WAAC).

Another great new source of information for budding engineers is a new book called “A Whole New Engineer: The Coming Revolution in Engineering Education”. The book describes the stories of Franklin W. Olin College of Engineering and the iFoundry incubator at the University of Illinois. Together these two forward thinking institutions have set about redesigning education in engineering to suit a changing environment fit for the 21st Century. The principles of both institutions include themes such as encouraging students to work as communities to solve problems and learn, spend time in deep reflection of engineering challenges and to learn through hands on engineering projects. Through the inclusive approaches, trusting young engineers to be courageous in their pursuits and allowing them to create solutions based on culture and emotion it is hoped the book may also support the inclusion of more women in STEM careers.

As you can see much awareness is being made already so let’s continue the effort together.

Jeanna Heeraman is a digital executive who worked with the Telegraph Jobs team to develop the women in space database. Both are keen to help more females globally develop in STEM and aerospace fields. If you are currently working in the space industry and are not on the database already you can contact the team today to be added, just email womeninspace@telegraph.co.uk .

Interested in exploring and expanding the relationship between engineering education and the liberal arts? Check…

Located in the UK or Europe? You might be interested in a workshop happening October 18th the UK…

Looking for an Educational Transformer at UTEC