My new book “The Making of an Expert Engineer” is based on extensive studies of several hundred engineers in four countries, several of them true experts in their own domains.

An unfortunate reality exposed by this research is that engineering education has become almost completely divorced from practice for three main reasons:

The separation of practice from the curriculum allows students to develop many misunderstandings, partly because real stories about practice are absent, and partly because of myths that are repeated without being questioned or critically examined.

In the book, these myths have been classified and some are presented as misconceptions, for example:

In our research we have found that contemporary engineering education sets up students with 100 or more significant misunderstandings about practice.

The consequences are catastrophic.

First, in the industrialised world, I have shown in the book how misunderstandings of practice impair the abilities of engineers to deliver predictable results, frustrating their employers.  This particularly affects large engineering projects where the success rates are shockingly low.  Industry research shows that only one third of large projects costing over $1 billion succeed.  Many leaders of engineering enterprises and clients interviewed for this research reported frustrations with engineers, for example this quotation: “I get rid of engineers wherever I find them in my organisations.”

However, the real catastrophe lies in the developing world where billions of people continue to endure poverty because their engineers cannot deliver what we take for granted in the industrialised world.  Just for example, we found that the real economic cost of safe drinking water in low-income countries can be US$30-70 per tonne, whereas in Australia it is around $2 per tonne.

What could be done to improve this situation?

In the book I argue that the changes first have to come in the world of practice.  The book explains how engineers can change the way they think about their work.  Just having terminology to explain the technical collaboration performances that dominate practice is a good start.  Engineers can begin to understand that the greater part of practice that perhaps most today regard as “non-technical” and “not real engineering” is definitely real engineering and common to all engineering disciplines and settings.

Only when enough influential engineers see that all their work is “real engineering”, not just the small parts that involve solitary technical work like calculations and design, will it be possible to change the undergraduate curriculum.

Until then, well-intentioned attempts to expose students to the realities of practice will continue to encounter strong resistance because of the large number of deeply reinforced misunderstandings among students that are explained in the book.

The only way to work around these misconceptions is to expose students to the contradictions that arise from them, and help students through the inevitable confusion that follows.  Many novice engineers endure discomfort in their first job from the realities of practice that directly conflict with their mistaken conceptions.  The resulting confused state of mind may actually promote learning, given appropriate resources.  That is why I argue in the book that the ideas it presents are best learned in the workplace.

Educators may find the book informative and it may help them gain some new insights into practice.  There are many stories for students that will help them understand more about the real world of engineering they will soon be a part of.

I have also argued that teaching students to teach engineering to their peers is one of the best ways to prepare them for the realities of practice.

An environment that encourages and rewards students who help each other to learn leads to the kind of infectious enthusiasm that Dave Goldberg, Mark Somerville and Catherine Whitney have presented to us in their book, “A Whole New Engineer.”  Coming from different perspectives, they have shown how it is possible to create this kind of enthusiasm that will definitely help students with the difficult transition to practice still in front of them.  Their book complements “The Making of an Expert Engineer” by alerting the engineering education community about the need for change. 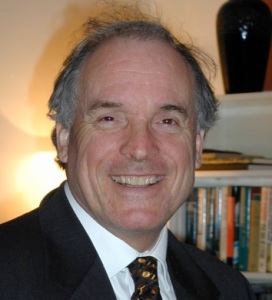 Professor James Trevelyan is a Winthrop Professor in the Mechanical and Chemical Engineering School at The University of Western Australia, Fellow of Engineers Australia, and practices as a mechanical and mechatronics engineer developing new air conditioning technology.

He is well known internationally for pioneering research that resulted in sheep shearing robots (1975-1993).  He and his students produced the first industrial robot that could be remotely operated via the internet in 1994. He was presented with the 1993 Engelberger Science and Technology Award in Tokyo in recognition of his work, and has twice been presented with the Japan Industrial Robot Association award for best papers at ISIR conferences.  These are the leading international awards for robotics research.  He has also received university, national and international awards for his teaching and papers on engineering education.

From 1996 till 2002 he researched landmine clearance methods and his web site is an internationally respected reference point for information on landmines.  He was awarded with honorary membership of the Society of Counter Ordnance Technology in 2002 for his efforts, and was also elected a Fellow of the Institution of Engineers Australia.

In recent months, Dave Goldberg has been doing some exciting work in Colombia with UniAndes.…

Overview of “A Whole New Engineer” from University of Twente